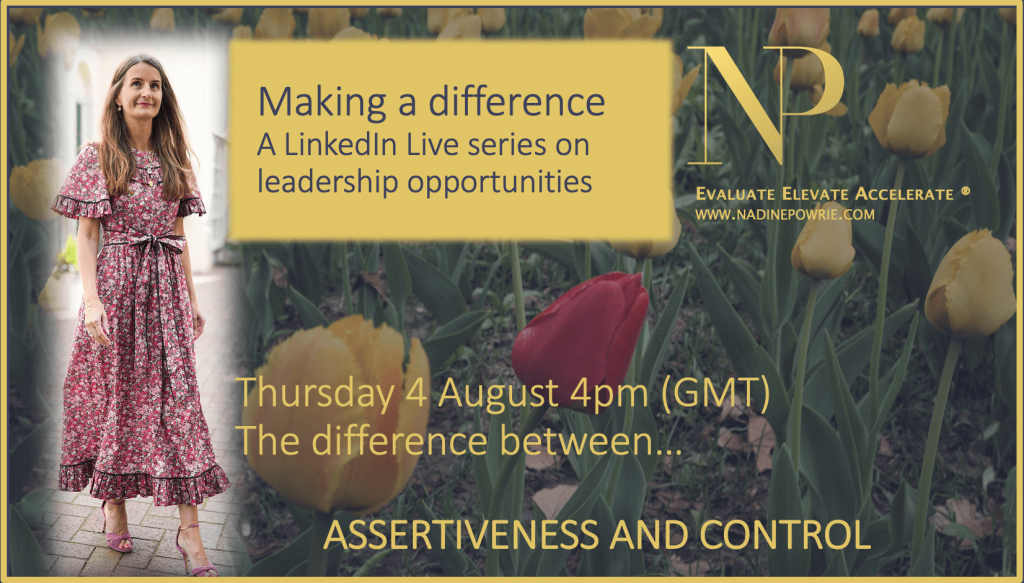 This is the first in a series of LinkedIn Live talks by Nadine on leadership opportunities. Each session focuses on the difference between two ideas or words.